WHAT’S WRONG WITH THE FACTORY BOLT?

When building the 1.8T 20V engine for high horsepower output, you will quickly find that the factory timing system is full of weak points that often lead to complete engine failures. These failures are often caused by simple under-spec designed timing components or bolts. The cam gear keyway commonly breaks and spins the entire gear on the camshaft, this is a complete loss of timing causing instant and major engine damage. This failure is not a weak point of the cam gear as the keyway is only there to ensure proper alignment and not to keep the gear from spinning. The failure is from the under-spec cam gear bolt. The factory bolts are one-time use and have very weak threads and a low clamping force making it very easy to loosen up under higher torque load allowing the cam gear to spin.

To save your engine from this fate, we have teamed up with ARP to design and manufacture reliable and strong replacement bolts for your timing system. This cam gear bolt has been re-engineered as a direct replacement for the factory bolt with a massive increase in clamping force and roll-formed threads to provide a reliable and strong install of your cam gear. Manufactured from aerospace grade alloy this bolt is 100% reusable and a huge upgrade over the mass-produced and fault-prone factory bolt perfect for any power goal.

Installation of the new ARP Cam Gear Bolt is straightforward and similar to OE. Follow the steps below for a reliable and simple install.

Note for uninstall: Uninstalling the bolt for any reason may require heat to break the Loctite bond, do not exceed 400 degrees Fahrenheit when heating bolt for removal without replacing the bolt.

There are no reviews yet. 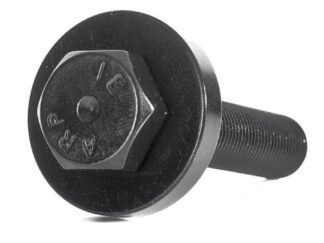